A Different Kind of Daughter by Maria Toorpakai

About the Author Maria Toorpakai 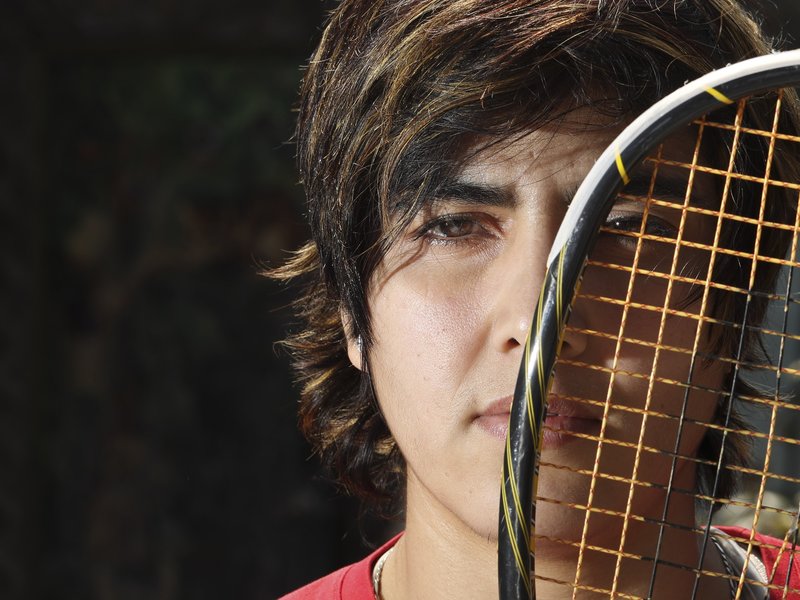 Maria Toorpakay Wazir (Pashto: ماريه تورپېکۍ وزيره‎; Urdu: ماریہ تورپیکئی وزیر‎; b. November 22, 1990 in South Waziristan, FATA) is a professional Pakistani squash player. She dressed like a boy for the first 16 years of her life in order to participate in competitive sports as a Muslim girl, using the name Genghis Khan, fully supported by her Muslim parents.

After defeating boys in weightlifting at age 12, Toorpekai turned to squash and having to produce a birth certificate gave up pretending to be a boy. She became the first tribal Pakistani girl in international squash tournaments, turning professional in 2006. In August 2007, the President of Pakistan bestowed the Salaam Pakistan Award upon her. She was threatened by the Taliban and locked herself in her house for the following 3 years. In 2009, she won third place in the world junior women's squash championship. In 2011, she arrived in Toronto, Ontario, Canada to train with Jonathon Power. As of May 2016 she is ranked 56th among female players in the world.