This guide will provide information about the Friends and their events/meetings.

John Becker (class of 1950) served as Otterbein’s Library Director from 1954 until 1985.  Under his stewardship the library collection grew to include vinyl records, films, and other media, as well as microfilm and microfiche.  He oversaw the creation of the Courtright Memorial Library, which at the time included the library collection, the Learning Resource Center (a forerunner of the ITS department), and the university television studio.  In addition to his library duties, Mr. Becker helped organize commencement every year, and was an avid photographer of Otterbein history.  This award is given to the graduating senior who has worked no less than 3 years at the library, has a GPA of at least 3.2, and has the strongest record of service to the library.

Harold Hancock taught history at Otterbein from 1948 to 1985.  He was a specialist in local history, and wrote several books on the subject.  He is also a well-known historian of his native state of Delaware.  Dr. Hancock helped lead the effort to save and restore the Philomathean Room in Towers Hall, and was heavily involved in the Westerville Historical Society.  This award is given to the student who has completed at least one complete year of employment and has built an outstanding record of service.

This award is given to the most outstanding graduating senior in respect to work ethic, professionalism, community service, etc., who is pursuing a career in library science.

Alberta Messmer (class of 1940) grew up in the shadow of Otterbein, and followed in the footsteps of her father, Jesse Engle (professor of Religion, 1924-56) by taking a job with the university.  She served as a reference librarian from 1955 until 1985, and then as the library director from 1985-1988.  In her retirement she became the volunteer university archivist, a position she held until 1992 when, thanks to her hard work, the role of archivist was made a part-time, paid position.  This award is given to the first year student who has shown the best work ethic (punctuality, attendance, job performance) in their first year of employment.

Robert Price was the world’s premier authority on John Chapman, a.k.a Johnny Appleseed, and his book Johnny Appleseed: Man or Myth (1954) is still considered the definitive biography.  From 1946-1970 Dr. Price taught English at Otterbein.  He was a man of letters who corresponded with the leading literary lights of his era.  In his spare time he helped to found the Westerville Historical Society, and he pulled together and curated the collections of papers, ledgers, and photographs that make up the core of the Otterbein University archive.  This award is given to a student assistant who has a cumulative GPA of 3.95 - 4.0 and who has performed in an excellent manner as a student assistant.

About the Friends of Courtright Memorial Library 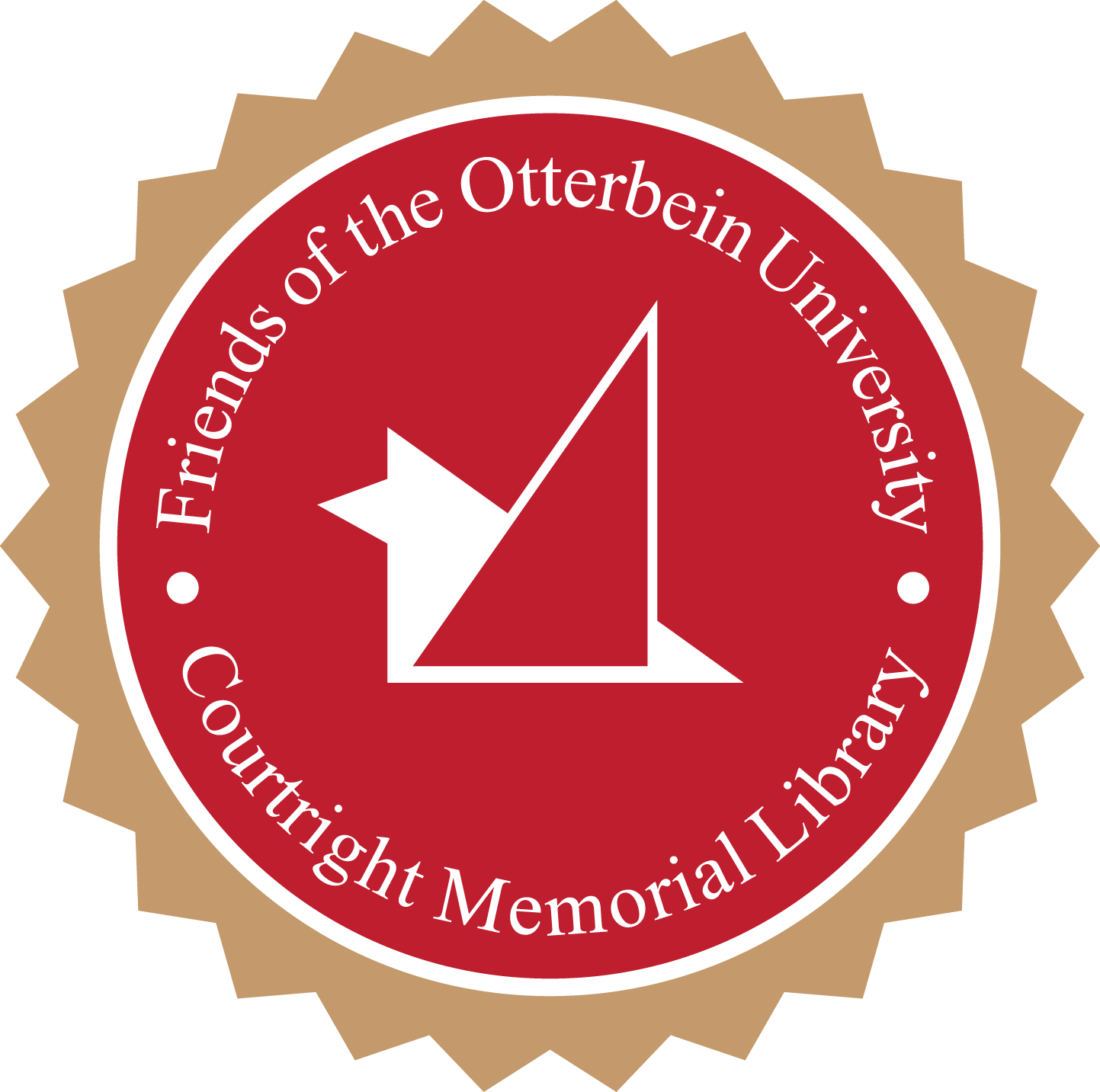 The Friends are an association of persons interested in: promoting the interests of the library; encouraging an understanding of the part the library plays in educating Otterbein students and supporting faculty and staff; and cooperating with other libraries to share resources.  They encourage gifts and bequests to benefit the library, and assist the library and its staff with exhibits, programs, publications, and other appropriate means.

Each year, the Friends of Courtright Memorial Library hold a bookmark designing contest. Students attending Otterbein University are encouraged to design a bookmark for the Friends. The winners of the competition have their bookmark design made. The bookmark is then sent to new and returning Friends. Here is the bookmark of the 2019-2020 winner, which was extended through the spring of 2021:

Friends of the Library Council Members 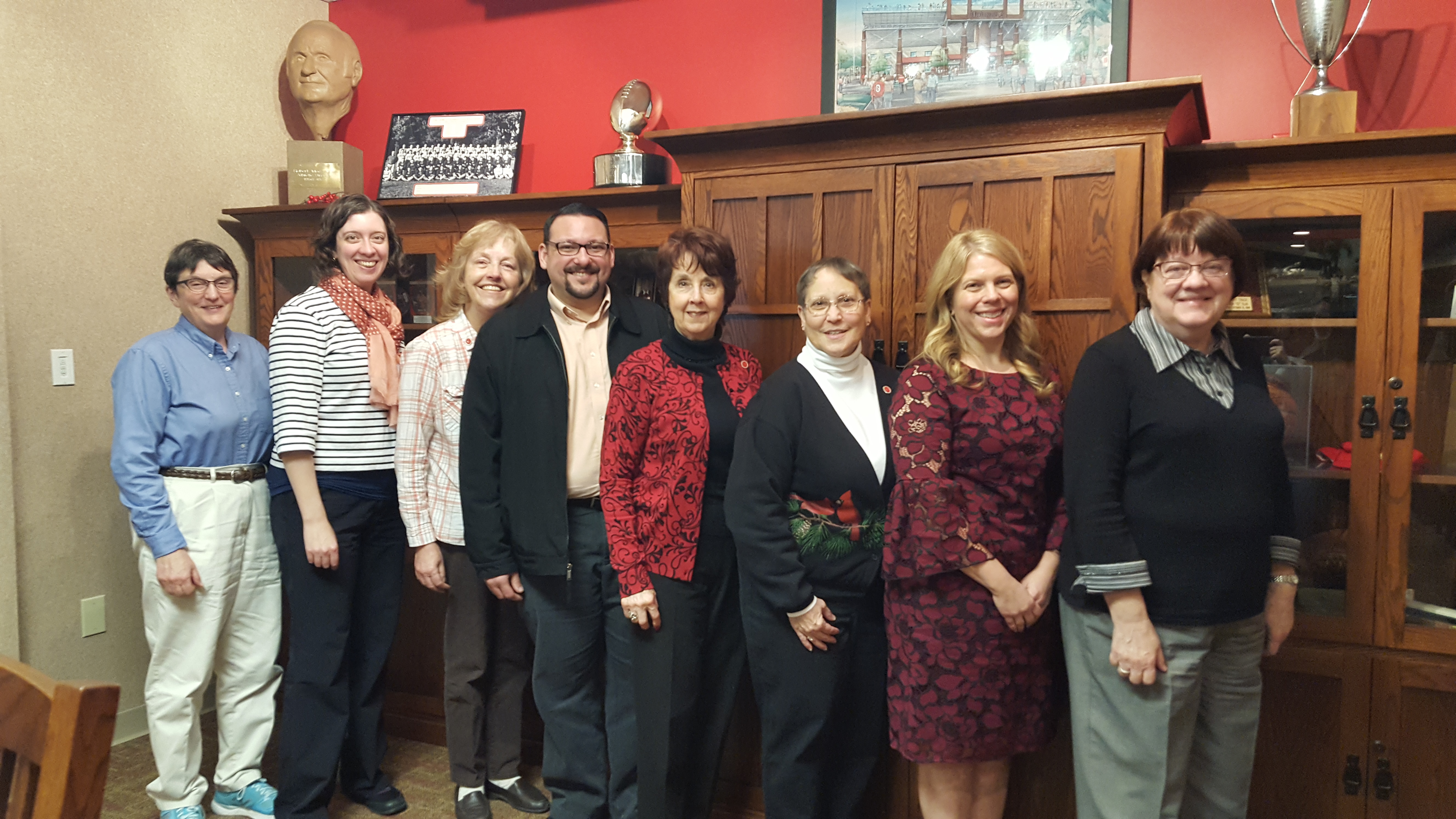