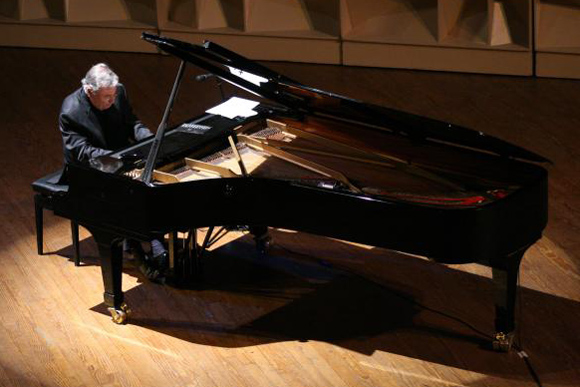 Olga Perez-Flora will be the featured mezzo-soprano at the Celebration of Cuban Music Recital on April 16 at 8 p.m. at the Battelle Fine Arts Center, 170 W. Park St., Westerville.

Cuban-American mezzo-soprano, Olga Perez Flora, has been lauded by Opera News for her "smoky tones” and "firm, pleasant voice and lively poise." She has most recently made her debut with both Opera Columbus as Suzuki in Madama Butterfly and the role of Olga in Eugene Onegin with Opera Company Middlebury to wide acclaim. Known for her sultry Carmen, Ms. Perez Flora has performed this signature role numerous times, including her debut with Amarillo Opera. Recent solo orchestral performances include Handel’s Messiah with the Mississippi Symphony Chorus, Bach’s Cantata 147 with the St. Vincent Cammerata, Hayden’s Lord Nelson Mass with the Idyllwild Festival of the Arts, and Viva Verdi with the Amhurst Orchestra. Upcoming engagements include Trujaman in Manuel de Falla’s El Retablo de Maese Pedro with the Newark Granville Symphony Orchestra as well as a return to Opera Company Middlebury to sing Flora in La Traviata.

Cuban pianist and composer José María Vitier will be joining Otterbein for a residency in April 2016. Vitier has composed music for film, theater, and television, including scores for the films Strawberry and Chocolate (1993), The Waiting List (2000), and Un embrujo (1998). The son of Cuban poets Cintio Vitier and Fina García Marruz, his compositions often find inspiration in poems and folk songs.