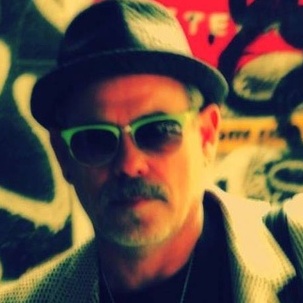 This list represents a selection of available resources on Juan Si González. References to González may also use the names Juan-Si or Juan Enrique González.

See the OhioLINK catalog and WorldCat for other possible sources. References to González may also use the names Juan-Si or Juan Enrique González.

Otterbein's Spring 2016 Artist-in-Residence, Juan Si González was born in Santiago de Cuba. He is an interdisciplinary artist who doesn’t subscribe to any one discipline; his choice of media depends on the idea. In 1987, he co-founded “Group Art-De” (standing for art and rights) and began doing interactive performances in the streets of Habana and underground videos to talk about social issues in Cuba. When he immigrated to Miami in 1993, he began building site-specific mixed media installations and working in large-scale photographic series. He has lived in Ohio since 2003, during which time he has been awarded three Ohio Arts Council Individual Excellence Artist Fellowships.

America at Home: Be Patient