A look at how women "see' the world, featuring contemporary artists and female-authored travel narratives from the 19th century to the present. This material also relates to ENGL 2232 (Spring 2022)

As one of an emerging group of women travel writers in both Britain and America in the first quarter of the nineteenth century, Graham sought inclusion within a genre largely dominated by men whose travel accounts often emphasized themes of conquest, discovery, and commercial opportunity. While recent scholarship on women’s travel writing has tended to reevaluate and collapse essential differences between male- and female-authored narratives (see Thompson, below), one must acknowledge that women travel writers—on both sides of the ocean—were inevitably more likely to risk exclusion, ridicule, and even rejection if their narratives strayed too far from the cultural dictates that shaped 19th-century femininity and its emphasis on domesticity, modesty, civilized Christian virtue and careful curated encounters with the “Other.” Consequently, women’s travel writing of the period—whether British or American—often reflects a kind of hybridity, especially when addressing potentially controversial topics such as gender race, class, and nationalism. Graham’s journals provide illuminating case studies of the multiple and varied strategies she devised to navigate many of these fraught topics, asserting her narrative and scholarly authority while aiming to satisfy the pre-determined cultural expectations of her readers and critics. Her greatest challenge as a woman travel writer, perhaps, was to explain cultural differences in ways that would seem familiar and accessible to her audience, but that would also expand and reorient their understanding of other cultures. In doing so, Graham herself was often forced to reexamine and reaffirm her own assumptions about other countries, their people, and their customs.

Graham’s four published travel journals on India, Italy, Chile, and Brazil, along with her history of Spain, reveal her powerful intellect and a keen awareness of the many constraints imposed on her because of her gender. They also make clear the depth and breadth of her interests in diverse disciplines: painting and print-making; art history; Orientalism; botany; geology; politics and commerce; history; and philosophy. As she secured her reputation, Graham’s journals also reveal her deeper investment in Britain’s colonial and imperial efforts and her opposition to slavery in Brazil. 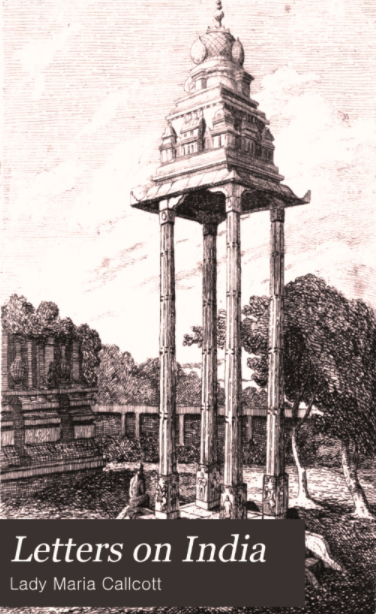